UX-led changes at York and beyond

As anyone who has embarked upon User Experience work will have learned, ethnography is actually the easy part. For all its messy, complicated, time-consuming complexity, getting the go-ahead for fieldwork and undertaking it is relatively straightforward compared to designing (and getting approval to put into place) changes to our services. It is vital to have a cut off point where we as UX practitioners stop collecting data, bite the bullet, and move on to phase 2 of the process. After all, it's the design and service tweaks that make this UX - otherwise all we're really doing is ethnography.

I think it's really important to a) push as many small tweaks through as possible, and then learn from them and assess their impact, and b) make details of the changes publicly available so others can get not just inspiration but a use-case to push through their own change. 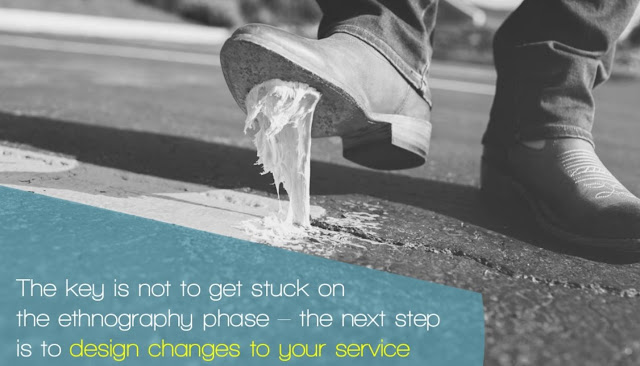 Last month I talked to an audience from the libraries, museums and archives sectors at the LAM Marketing Awards put on by the Welsh Government. The image above is from the presentation, which was on UX, how it relates to marketing, and potential application for ethnographic techniques outside the library sector. If you're interested I wrote more about the day on my own blog here, and I'll embed the presentation below, but in this post I want to focus on UX-led changes, which was one section of my talk. What have institutions been doing as a result of what they've learned from ethnography? I have several examples from the University of York and some from further afield too.

I thought it might be useful to group the examples of UX-led improvements into categories. In all these instances ethnographic fieldwork has either instigated the change or supported the change - it's interesting that often UX can be the trigger to get something done which library staff and users have been considering and / or suggesting for a while. Often the fieldwork is one source of feedback alongside a couple of others in the examples below, which combined to be a strong enough argument to make a change.

At York we've made several small changes to Yorsearch, the (Primo-based) library catalogue, in addition to the full user-interface change which will arrive shortly.

I'm excited to hear a load more examples of UX-led change at UXLibs III (the third annual User Experience in Libraries Conference). The paper submissions we've had this year are fantastic, and the emphasis of the conference this year is on the impact of UX.

Finally, here are the slides from my talk which mention a lot of the examples above, along with some next steps if you want to try ethnography at your own institution, and introductions to ethnography and design:


UX, ethnography and possibilities: for Libraries, Museums and Archives from Ned Potter

If you've got more examples of UX-led changes at your organisation, leave them in a comment (or leave a link to where we can read about them) to make this post more useful! Thanks.
Posted by Ned Potter
Email ThisBlogThis!Share to TwitterShare to FacebookShare to Pinterest
Labels: embedding ethnography, ethnography, examples, marketing, university of york library, user experience, ux