This is the second half of a two part post on how students like to hear from the central University. It's based on an audit conducted centrally at York, the results of which the Internal Communications Manager has kindly allowed me to share here. I'd recommend having a read of Part 1, focused on email as there's a lot of useful insights there.

This part will focus on the VLE, the popularity of lecture capture, use of social media and the University webpages. As with Part 1, I'll be using phrases like 'students prefer...' but of course the proviso is that I actually mean 'students at York prefer...' (and even more specifically, students who are prepared to sign up for a series of focus groups on internal comms in the first place).

I must admit I was a little surprised to read that Blackboard was popular with the students. In actual fact they say it is difficult to navigate, but once mastered and if used well by their tutors, they are generally very positive about the VLE.

In particular the students liked the discussion forums where the lecturer takes the time to get involved. The opportunity to ask questions and clarify parts of the lecture they didn't understand is very much appreciated, and they highlighted the public availability of all the questions and answers - as opposed to a private conversation between student and lecturer which is seen as less fair and transparent.

The other things noted as positives were the email notifications when new content is added, and the posting of lecture materials and supporting information.

The most popular part of the VLE, however, was Replay, the lecture capture system that allows students to re-watch lectures (or catch-up if they were ill - lecture capture has been shown time and time again not to negatively impact on attendance, so it's not used as a way to avoid having to actually go to lectures...). To quote the report:


"At degree level they find it difficult to take in the level of detail and complexity in one sitting and so the opportunity to re-visit the lecture to listen and learn again, to take better notes and to revise is something they really, really value"

It is particularly valuable in conjunction with the discussion forums mentioned above, and reduces the need to seek out the tutor for extra guidance.

Not all students in the focus groups are on courses which use lecture capture extensively - when those that weren't heard from those that are, they made it clear they'd very much like this facility on their modules too.

You can read more about Replay on the E-Learning Development Team blog.

Students, social media and the University 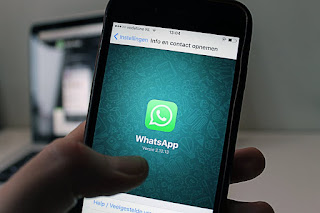 As mentioned in Part 1, the students would expect anything essential to be communicated by email. Social media can be used as well, but shouldn't ever be used exclusively for key info such as timetable changes and so on.

They're happy for Facebook to be used for 'fun stuff' but not serious stuff - they use it more than any other medium between themselves, but there's a mixed reaction to the University joining in. WhatsApp, Messenger and Snapchat are used a lot for peer-to-peer communication, and they really don't associate this kind of platform with the University and its communication channels at the moment. YikYak is known primarily as a place for cruelty and harm - students don't tend to use it unless there is a particular scandal they want to hear the gossip about.

Interestingly to me, Twitter is was reported as not being used abundantly and is considered as a tool for 'old people'. The main downside noted was about control, or the lack of control, over who sees what. At the Library we actually find Twitter to have quite high levels of engagement, the most of any social media platform we use, and the comms audit contradicting this chimes with other anecdotal evidence I've heard online of students being reluctant to really admitting they use Twitter but nevertheless using it anyway. It's also a lesson in trusting the stats, but interrogating the stats to make sure the engagement is actually coming from your users rather than your peers (and in our case, it is our actual users who interact with us and benefit from our Twitter account, predominantly).

Students prefer to use Google to find information, even if it's info they know exists on the University website. I do this too - I Google my query plus the word 'York' even for stuff on the library website because it's quicker and more reliable. The students don't always trust the University's search function... They also don't expect news via the website - they feel they'll get any updates they need via email and social media.

Perhaps the most interesting theme for me which came up in this section was one of relevance - students feel a lot of University comms are aimed at potential students, rather than at them, the current incumbents. There's an opportunity here for libraries: we are predominantly focused on existing users, and we can pull in other content for an internal audience, for example via Twitter, and share this with the students too.
Posted by Ned Potter
Email ThisBlogThis!Share to TwitterShare to FacebookShare to Pinterest
Labels: comms audit, lecture capture, replay, scholarly comms, social media, student communication